One of the most frightening conquerors in history, powerful Genghis Khan – the Khan of Mongol Empire – was buried in a tomb along with his treasures over 700 years ago. Since then, hundreds of treasure hunters and archaeologists have disappeared trying to seize his wealth.

You have found your way inside Genghis Khan’s tomb. But don’t be so self-assured: you are not the only one. Watch out, you’ve got desperate rivals! As the saying goes, greed and ancient curses can turn people into cold-blooded murderers!

You will run out of oxygen in the tomb in 60 minutes. You need to solve each of the puzzles and exit the tomb as quickly as possible. Your time is limited – don`t waste it! Get moving! 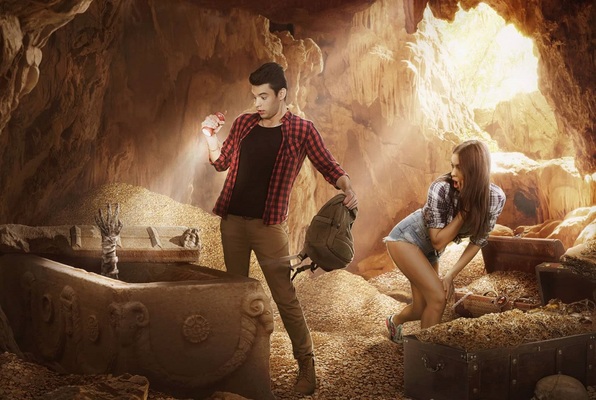