We'd been to Escape Expert a few years ago, when they were still in Richardson, but we hadn't had the chance to visit them since they moved to Plano. They have certainly upped their game since then!

On this visit, I booked "Holding Cell" for my girlfriend and myself--just the two of us. The room is designed for up to five people, but I don't think I'd recommend it for more than maybe three, because it's a pretty small room. But despite its size, there was plenty to keep us occupied for the full hour we were trapped. We struggled a few times to put a few of the clues together, but overall the puzzles were well-designed. There was one puzzle that was difficult for us just because we're both short--we couldn't see one of the numbers we needed, even when she climbed onto my back. Even with a few of our setbacks, we got out with 9 whole seconds to spare! It was a lot of fun.

Holding Cell was a "Generation 3" room--all the locks were electronic, either digital safes or RFID sensors. It's a little different experience to more traditional locks, but they did a fantastic job integrating all the puzzles.

Every company has a different take on how they handle their clues. Here, you get a total of three clues, but each clue deducts 2 minutes from your timer. We did get a couple of clues from them, so our time would have been a little better than what got recorded. Still, the experience is very much guided by you... you can more or less get as much or as little help as you want.

The staff is fantastic, too. We had the pleasure of chatting with one of the owners, Andrew, before we went in, as well as with Mikaela at the front desk. They were very friendly as we talked about their old location, some other rooms we've visited, and the industry as a whole. We also met one of the room designers, but we didn't get to chat with him much.

Blimey! Your ship has been taken captive and you end up locked in the hold! Your pirate captors will let you become part of the crew… if you prove yourself and solve your way out. Try to cheat or don’t make it out in time and you’ll walk the plank, matey. ﻿ 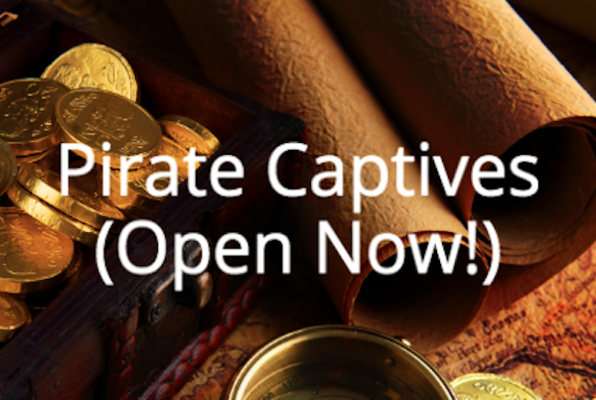