Staff very friendly and help you in any way you need. Did the Helter Skelter room and it was very challenging and fun!! Definitely will return to try the other rooms!

In recent months, a mysterious serial killer who identifies himself as ‘The Revolutionary’ committed four ghastly murders around the United States. Today, more victims have been captured, and are currently being held in a closet in his makeshift lair. Luckily, the victims are easy to locate thanks to cell phone GPS technology, and a group of brave individuals has arrived at the lair to attempt a rescue.

Always one step ahead, The Revolutionary set a trap just inside his front door, and now the rescuers are also trapped in a closet in the lair. In 60 minutes, The Revolutionary will return to commit his fifth gruesome crime, unless the victims and rescuers can escape the serial killer’s lair! 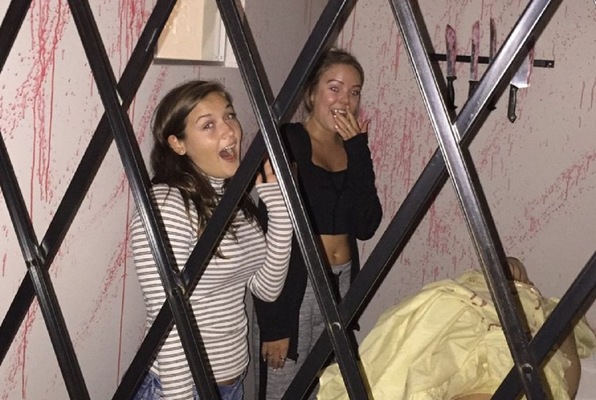