My husband and I have escaped from over 15 different rooms, and Quest Factor rooms are some of the best! We just completed National Treasure and it's one of my favorites we've done, and Da Vinci and The Castle were quite good, too! The puzzles are varied and difficult enough to be a challenge but doable. Four of us did National Treasure today and we all always had something to do, often played off each other to solve things, and all felt useful and accomplished at the end! That's the measure of a great escape room to me. Often in rooms the puzzles are linear, so the whole group is working on one thing at a time, which leads to boredom, but at Quest Factor there are lots of different puzzles all available to be worked on at the same time so you never feel superfluous. The locks are also varied and all worked well. I highly recommend Quest Factor rooms!

As a team of historians, you learn that the original document which established the New World is not located at the National Archives Museum and is just a cover-up. The real Declaration of Independence is protected by a secret society and is just one among hundreds of treasures and secrets hidden in their chambers... 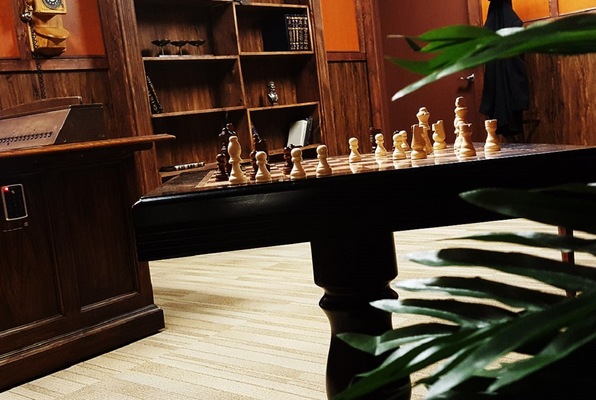