Really quite fun. If you like scouring the room for clues and then figuring out the riddles to access a new room to scour for clues... this is the game for you! Having now completed Omega (less than a minute to spare) and the Forgotten Treasure (couldn't get the last clue in time), nothing was impossible but having (at least 6) people has worked well for us. When someone just doesn't understand how to solve a problem, at least one person will stumble upon how to solve it. It's frustrating in the good way! Occasionally something mundane like finding a loose object among 4 rooms will stop you, which is genuinely frustrating. For the most part, people can collaborate on the puzzles however there are a couple of choke points (particularly hard last puzzle of FT) that really don't lend themselves to having more than 1 or 2 people work on the puzzle.

The staff is nice and give you one Hint to help you get through if you get stuck. If you just think it doesn't make sense, I recommend radioing in not for a Hint but asking if you understand it correctly, because sometimes you are just missing something and you won't finish even if you think it over for 30 minutes. If they say the answer is a Hint, then you can reconsider if you really want to ask.

The FT had some clever new puzzles that I liked but I think the Omega room was generally more fun. They had a groupon that was going that cut the cost in half (only for Omega) that I would highly recommend doing.

Omega had a 39% success rate and Penitentiary and Forgotten Treasure were both half as much (was it 13% or 19%?). We were amped up after completion (successful or not) and it's really quite exciting and strenuous (again, in a good way)! The themes are a bit silly but overall tie it together well and it's just darned fun!!

Matt And LB A.

Professor Stanley, known for his theory of time travel, disappeared inside his own office three days ago. His latest research focused on multiple time dimensions. You have to retrace his steps to unravel the mystery of his disappearance. Pay attention to any clues related to time, otherwise, the same thing could happen to you… 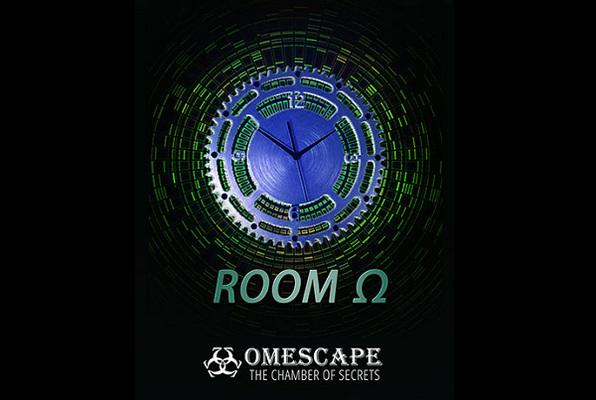