Was very disappointed with this escape room. Despite the wonderful hosts, polite and friendly attitude, the story telling before the room felt rushed and mostly pointless. The room was poorly constructed, offering no immersion into the scenario, the props were lack luster, with many of them being broken or poorly functioning. The puzzles were a madening combination of way to easy, and way to convaluted. The puzzles were often solved out of order, leading to confusion when pointless clues were discovered later. While challenge is to be expected, many aspects were more dumb than challenging, such as a 5 letter combo lock utilizing only 4 letters in the solution, broken props that seem like puzzles, and visual problems that are very counter intuitive. My biggest regret is that I introduced 2 friends to escape rooms here and I can only hope that the poor taste left in their mout from this doesn't stop them from trying others with me in the future.

Your mission has led you to the middle of a forest. As if the oncoming January's wild wasn't freezing enough, you are surrounded by howling, starving wolves. Luckily, you are inside a hunting hut, but it is only a matter of time before the wolves find a way in. 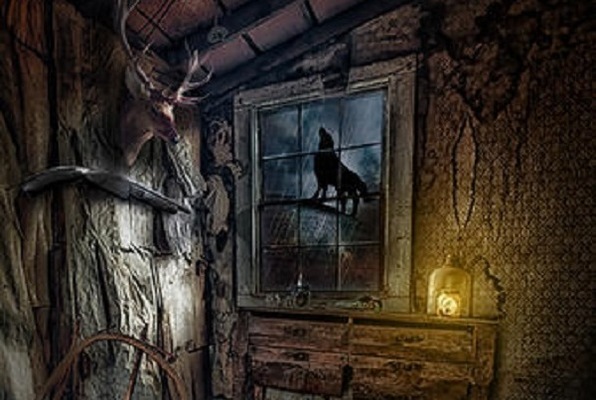