Falls Church, Virginia is actually where Breakout Games DC is located. Falls Church is an independent city in the commonwealth of Virginia. It is included in the Washington DC metropolitan area. Since Breakout Games already has a few Virginia locations, they decided to brand their name "Breakout Games DC" to attract more customers. There's plenty of parking right in front of the facility. The entrance to the lobby is located on the 2nd floor. Like their other locations, there's plenty of seating with complimentary water and merchandise available. From a décor aspect, we do feel Timonium, MD feels newer. There's a total of 6 escape games at this location. ESCAPETHEROOMers picked "Island Escape" as it's the only one that we were able to fit into our schedule.

After a quick debrief, we were sent to an island to enjoy our vacation. Little did we know, that a volcano is about the explode on this island and of course everyone else evacuated already except for us. With only one boat left available for departure, we have to find the keys to safely evacuate before the lava covers the land. This room is pretty linear and you really can't move on until you solve a puzzle which leads to the next one. The room size is also pretty good for just the two of us. I would say a max of 4 people would be comfortable for this game as anymore may feel a bit cramped. You also probably won't need that many people on one puzzle. Although the room's décor stuck to the theme of the island feel with its art and props, we still felt like we were just in a room. The puzzles did stick with the theme throughout, but it was all within the "classic" types of puzzles. There was one particular prop that gave the room a bit of a "pop", but it would've been great to see a bit more innovation on the puzzle design. We were stuck on some puzzles at the beginning as traditionally we would probably didn't think about reusing something, but this was quickly realized after our first hint. We got out with a minute to spare with just the two of us. There's definitely a good amount of puzzles in there so I wouldn't waste time. This room would be a fun family room as I could see some kids logically solving most of it.

We felt very "refreshed" after this room and had a sudden urge to go on vacation only to realize our next stop is yet, another escape room. No complaints here! Escapees for life! Breakout Games also has escape games that can be delivered to the comfort of your own home called "Dispatch". We recently received our package and we're eager to unbox and share our thoughts with you guys soon!

This is not how you imagined your vacation on a paradise tropical island! You wake up to the rumbling sounds of a dormant volcano awakening. As the noise grows louder and the ground begins to tremble, you run out and see that the whole island has already been evacuated... There is only one boat left nearby, so you must find the keys and escape before the rivers of boiling lava reach the shore. 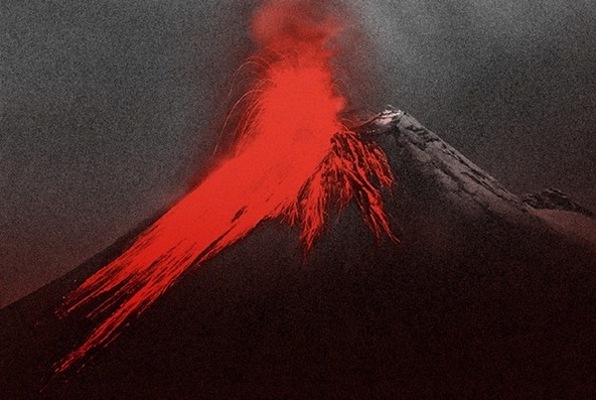