We had a team bonding activity with my colleagues and loved it very much! At the beginning you just walk around and explore the gaming room. Once you find your first clue, you just follow the series of puzzles. They are connected to each other and it helps you to understand what is your next step. The game masters watch you during the whole time and will give hints only if you ask for them. We asked for 2 clues because we did not want to lose our time. If you like brain teasers and mysteries, definitely try this place!

Today we step back into the 19th century gold rush and the western frontier.
The transcontinental railroad has spurred the settlement of the American West. It carries massive Railway Mail shipments needed by the War Department and transports millions of dollars in gold across the country from the California sub-treasury to the main treasury in Washington, DC.
A great train robbery stunned everyone with its audacity and execution. It required extensive planning on the part of the criminals to carry it off. Extreme measures of secrecy were employed while transporting the gold and knowledge was limited to very few people. Among them were treasury agents who knew the exact route the train. Over $6,000,000 dollars varnished into the rugged mountain ranges of Nevada along with the clever outlaws. It could have been a ordinary crime but the gangs used a previously unknown weapon powerful enough to turn the mail cat into a mangled pile of steel.
So now it's a matter of national security and because of the secrecy involved, a famous private company called the Pinkerton National Detective Agency was engaged. They specialize in solving train robberies and were hired by the government to investigate the crime and track the wily outlaws. Now, you are part of a team of Pinkerton Detectives, deputy sheriffs and marshals heading to a Virginia City Saloon with a mission to find the perpetrators of the crime, recapture the gold and to learn the nature of the secret weapon they used.

No minimum age limit applied for a group of players with different age, such as a family. Adults are the main players but kids do participate in a game and enjoy it a lot! For a group of just kids 16+ min age applied, see website for more details. 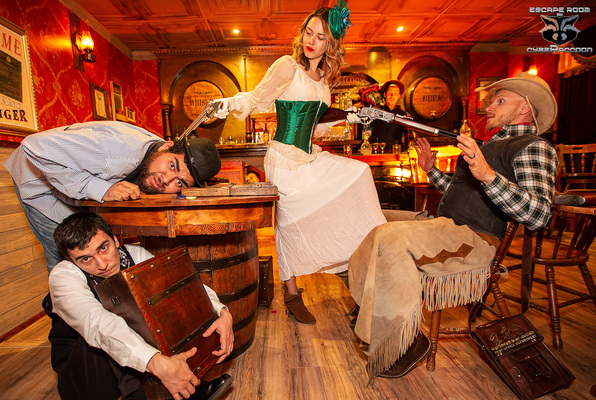 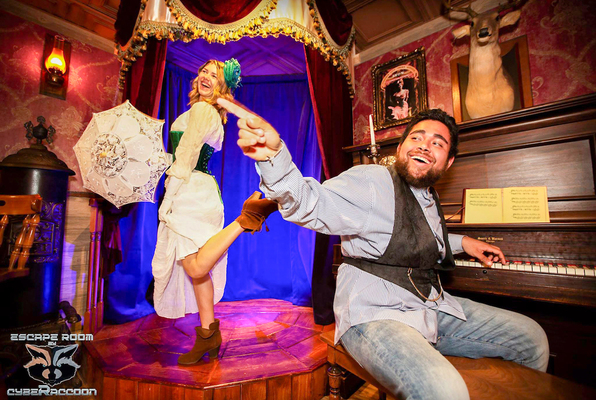