Played this one with my family, we got through the first few puzzles fairly quick. This is also a medium-tech room. I personally found this to be the most difficult room they have even though the site lists it as the easiest. There are a lot of red herrings in this room which threw us off for a good 10 minutes. Overall it was fun and we escaped with ~4 minutes left!

It's 1976 and the LAPD has asked you to help Agent Habersham build evidence for a case against notorious crime boss Jerry Ash. There's only one hour until he boards a plane to South America where he'll be out of reach to American law enforcement. You are headed into the back area of Ash's Los Angeles nightclub, The Starlight Lounge. Can you find the missing evidence and piece together the story before it's too late? 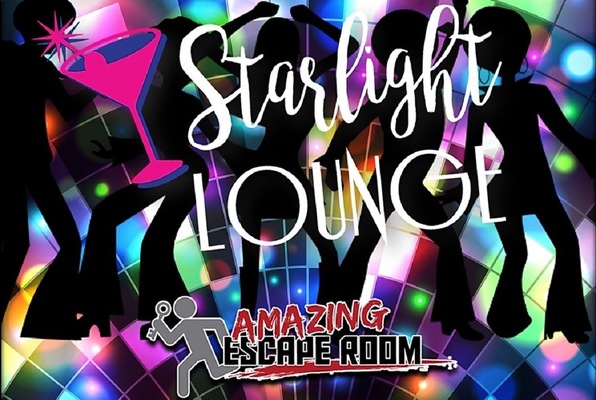