Our group of 5 did The Manor a few weeks ago. It is a good mix of tech and traditional code/key locks. There are some reveals and elements that are reminiscent of the Haunted Mansion and The Munsters(for Boomers like me).

Costumes(optional) are provided and add some comic relief and role playing aspects to this room.

There are a few clues that are a little confusing, even after a hint.

All in all, the three room here are definitely worth doing and are distinctively different experiences.

The nefarious oil tycoon, Herbert Devlin, has been found dead, the victim of poisoning and suspected foul play. Loathed by scores and loved by few, Herbert’s body was discovered in the master bedroom of The Devlin Manor, an extravagant estate built by Herbert in the 1930’s.

The Devlin Manor is the home of many unspeakable truths and spirits. Over the decades, numerous “incidents” and homicides have transpired in the cursed house. In 1935, Mrs. Devlin was found dead of an apparent suicide, having hung herself from the beam over their shared marital bed. After his wife’s sudden demise, Herbert Devlin started to spiral. His mornings began with a daily cocktail of amphetamines and his nights ended in a pool of his own bile and liquor. But alas, two years later, Herbert remarried his youthful caretaker Estelle Williams, who once claimed to have seen her predecessor roaming the halls sobbing.

Six individuals (The Widow, The Firstborn, The Business Partner, The Maid, The Secondborne, and The Psychic) have, by no random accident, been named in Mr. Devlin’s final will and summoned to the manor. Upon arriving at the sprawling estate, the inheritors are greeted by the Butler and taken into the windowless dining room.

Once every guest has arrived, the Butler seals the doors shut with Mr. Devlin’s final testament, a wax-cylinder recording of his own ghoulish voice, inside. Mr. Devlin informs them that he suspects one of them to be the culprit behind his own death.

Becoming one of these six characters, you all have sixty minutes to search the darkest corners of The Devlin Manor and find the truth behind Herbert Devlin’s death in order to claim your inheritance. Per demand, the hapless Butler has poisoned every guest’s dinner to assure complete cooperation. If time runs out before finding both the murderer and antidote, you will join the trapped souls that wander Devlin Manor for eternity! 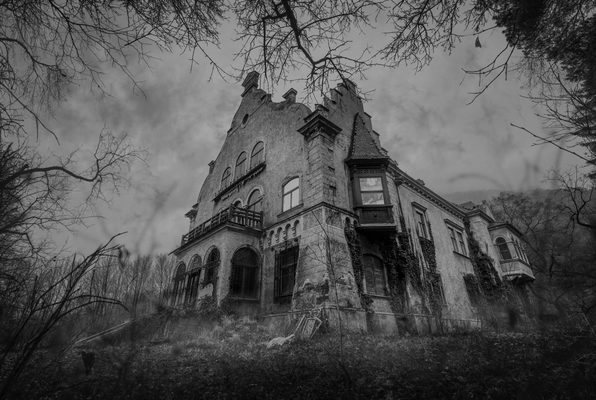 Reviews of escape game "The Manor"