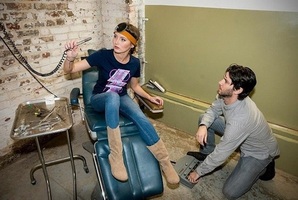 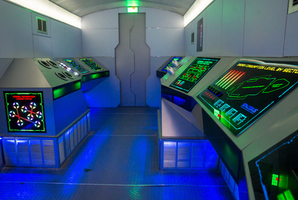 I went to EscapeSF with 4 other friends to do the Blind Tiger room. I've done about 15-20 escape rooms total at this point and it solidly lands in the middle in terms of enjoyment. We escaped with a little over 10 minutes left.

The setup was pretty cool but I felt that the puzzles were a little rudimentary and seemingly a little random at times. They also did not really tie together all that well in my honest opinion. We also had quite a few components of the room that were broken when we went which further detracted from the quality of the experience. All in all, I still enjoyed the room, but I don't feel that it is as good as other reviews would lead you to think it is.

It's May 1928, Prohibition, and seven of the biggest bootlegging bosses of the country have been arrested in a historic sweep as they were sitting in an underground speakeasy divvying up territories of influence and lucrative rum-running routes.