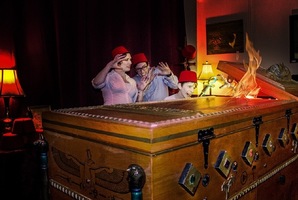 Rise of the Mad Pharaoh 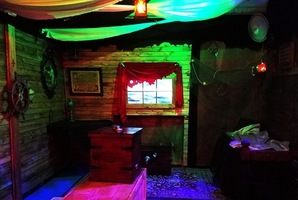 Tales of the Ghostly Galleon

I've never even heard of an Escape Room until a co-worker invited me. This is awesome, great way for team building as well!! So much fun.

You and your fellow paranormal investigators have been sent on a mission to the Knowby Cabin, which has materialized within the walls of the Archaeological Society. With Ash Williams guiding you, you will have to find a way return the evil dead to their realm and escape before the cabin is sucked into the time-space vortex forever.

In this adventure you’ll be given the identity of a member of the paranormal group “Gnostic Research of the Occult, Omens, Vampires, and Yetis” aka G.R.O.O.V.Y. 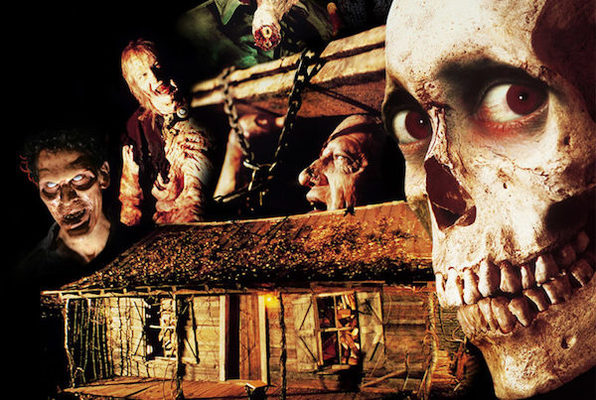